Free Shipping in US on orders over $200 Ariette, 22, lives with her mother and six older brothers in Goma, DR Congo. Her father died in 2019, leaving her mother and the family in complete poverty. Thanks to her mother's support, Ariette finished secondary school in 2017. After, she began searching for work, but opportunities in Goma are rare. Building a future in a country that has been at war for 25 years is very challenging; there are no factories or industries. To keep herself busy, she helped in a tailoring workshop for a couple of months and got the hang of it. Earlier this year, she heard about a tailor named Kubuya Théodore and had a conversation with him about looking for work. Through this connection, she was able to participate in the making of dresses for Kahindo.

“Goma doesn’t give me much choice. I have to make a living to help my family. I enjoy learning a new skill and hope to be a good tailor soon”. -Ariette.

Although Ariette has a long way to go to become a tailor, starting as a trainee, preparing pieces, pinning, basting, and blind stitching is a great way to begin her journey as an artisan. Kahindo’s efforts to give back to and support the African people, as well as ethically produce clothing in impoverished countries like DR Congo, further exemplifies the need for fashion labels and brands to reinforce responsibility Kubuya Théodore, 61 years old, has been living in Goma since 1975. He lives with his two brothers and one sister and is married with 15 children. The oldest is 40 years old and the youngest is 17; Eight boys and seven girls. It is a daily challenge to provide for his family. Some of his daughters are attending school and have taken their state exams, while the others that are married. Four of his sons attended university and completed their undergraduate degree, but due to the lack of money, are not able to obtain a graduate school degree.

Thédore has been a tailor for 36 years. He began his work as a tailor by watching and assisting his father. It takes him 90 minutes to walk to the workshop from his home... In his 36 years of experience, he managed to train a couple of hundred tailors. For the last 10 years, his sons Elysé and Elie have been working with him and learning about tailoring.

“I am proud of the people that work around me, and I am certain that when they leave here, they will be ready to be independent. What they have learned here will benefit them with whatever they go on to do.” - Thédore

For the last 5 years, they have been producing for clients overseas, such as Kahindo. “It gives me and especially the women who work with me, hope, and joy to work for a Congolese woman who is successful in New York.”

“I am still strong and I want to keep on working, despite my white hair! The only thing we ask for is regular work so that we can work all the time..” -Thédore

Important Facts on DR of Congo 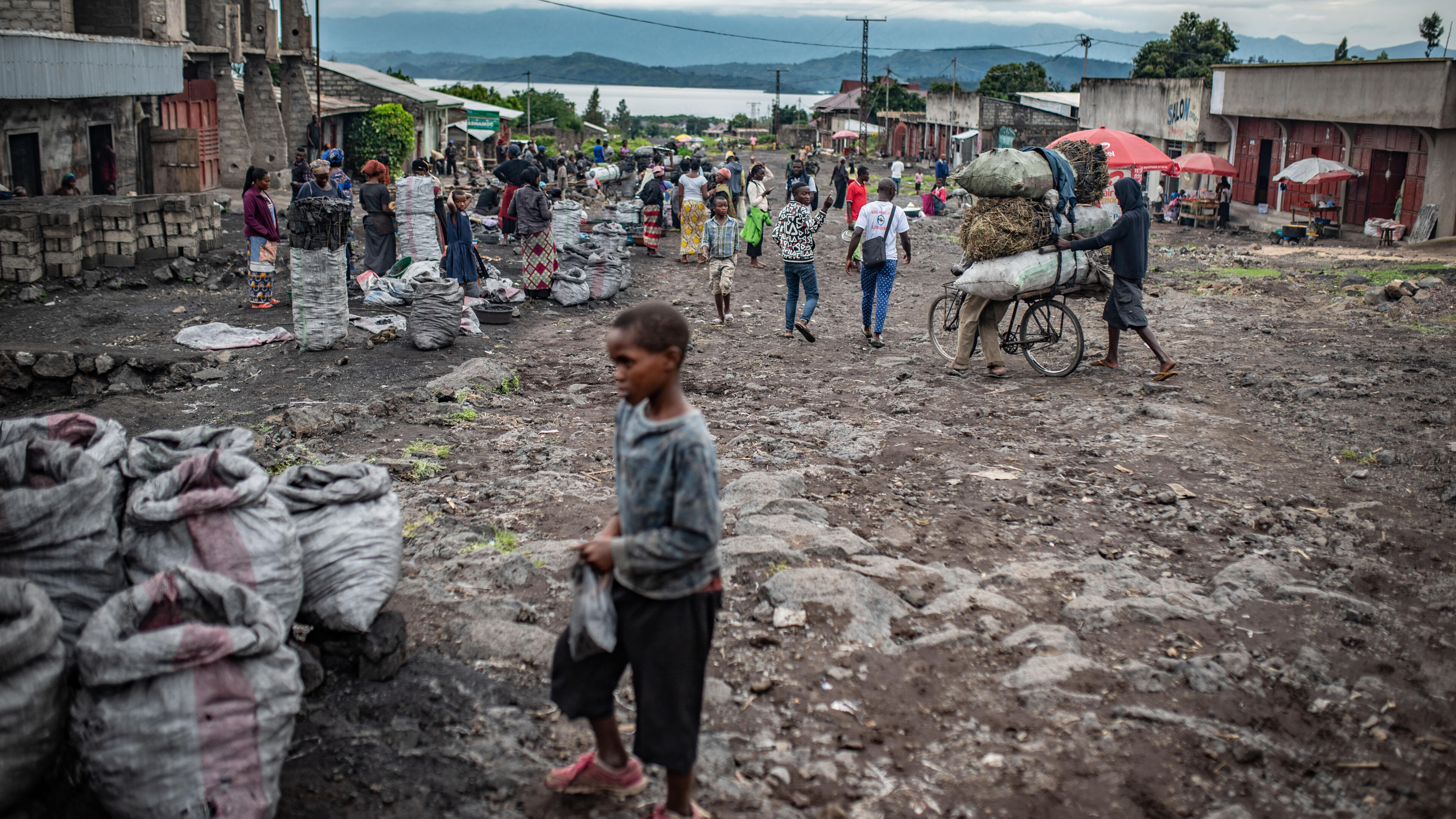 DR Congo is one of the 149 countries that have the lowest educational attainment rate, ranked second to last in the Global Gender Gap report of 2018 by the World Economic Forum. 1 in 4 Congolese are fully illiterate, while the rest have minimal schooling. With 1 in 3 women never even receiving primary education.

➔ Less than 40% of girls get a secondary education, while 61% of boys do

The impact of initiatives that empower women to obtain regular income influenced most young Congolese women to go back to school to finish their secondary education, which showed that they considered it a priority once they could afford it.

➔ More than 38.8% of national attainment

➔ At least 10% of the women have completed, or are in the process of completing, a university degree, which is twice the country’s past average.